Generic Names: Enwau Generig: This was once known as "Glue Sniffing" but the term was widened into "Solvent Abuse" in recognition of the wider range of substances used. As some of the substances sniffed are gases rather than solvents the term currently in use is "Volatile Substance Abuse" or VSA. 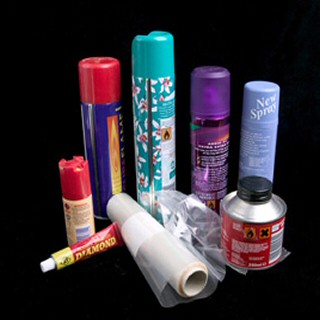 You cannot always be sure that what you buy is what you get, but if you want to send any substance off for testing, you can send it to WEDINOS

Many household and industrial products including:

Intoxication, disinhibition, reduced anxiety. The effects of solvent intoxication can vary widely depending on the dose and what type of solvent or gas is inhaled. Inhaling larger quantity of solvents or gases may experience stronger effects such as distortion in perceptions of time and space, hallucinations and emotional disturbances.

There is very little research into the long term risks from VSA. However the inhaling of some solvents can cause hearing loss, limb spasms, and damage to the central nervous system and brain. Serious but potentially reversible effects include liver and kidney damage and blood oxygen depletion. Death from inhalants is generally caused by a large concentration of fumes. Inhaling solvents from a paper or plastic bag or in a closed area increases the chances of suffocation. Brain damage is typically seen with chronic long term use as opposed to short term exposure. Industrial studies have demonstrated damage to brain, liver, kidneys, lungs and airways from long term exposure to some of the above substances.

In the short term, many users experience headache, nausea and vomiting, slurred speech, loss of co-ordination, and wheezing. There are between 50 and 100 deaths annually from the use of solvents and other volatile substances. These are virtually all from the short term risks and the very large majority of these fatalities are teenagers. Some of the deaths result from the "sniffing" techniques used. Thus some users of gases and aerosols will spray the substance direct into the mouth. The impact of a stream of freezing cold particles on the back of the throat can produce choking and has led to heart attack. In other cases young people have put their heads right inside plastic bags containing glues or solvents and suffocated. Other injuries and deaths result from accidents whilst under the influence. These have included drownings and road accidents. Finally there are a class of so-called "sudden sniffing deaths". They may result from the impact on the heart of the substances concerned - often butane - and sudden violent exercise whilst under the influence. This may happen if for example the sniffer is being chased by a real or imaginary foe. The cause of death is usally given as heart attack but the mechanisms are not fully understood.

How does Solvents work?

Not illegal to possess. It is illegal for retailers in England & Wales to sell volatile substances to anyone under the age of 18 whom they suspect may use them for sniffing / inhaling.

How is Solvents taken?

The contents of a tin, aerosol or cannister may be emptied into a bag or sprayed onto a cloth or sleeve and the vapours inhaled. Some users spray the contents of an aerosol or butane canister directly into the mouth.

Some may be used as anaesthetics.

Where Does it Come From?

Most areas of the UK have ‘street agencies’ or projects (sometimes called community drug services or community drug teams) which offer a range of services including information and advice, counselling, and sometimes support groups and complementary therapies such as acupuncture. Some services have extended working hours and may offer weekend support. If use of this substance becomes a problem you can seek help, advice and counselling from a service in your area. Counselling agencies may be appropriate and specialist VSA services are also provided in a few areas. GPs can make referrals to specialist drug services.

Many drug agencies also provide lots of advice and support to parents, family members and partners of people using drugs. They may provide relative support groups or advice, guidance and counselling on a one to one basis.